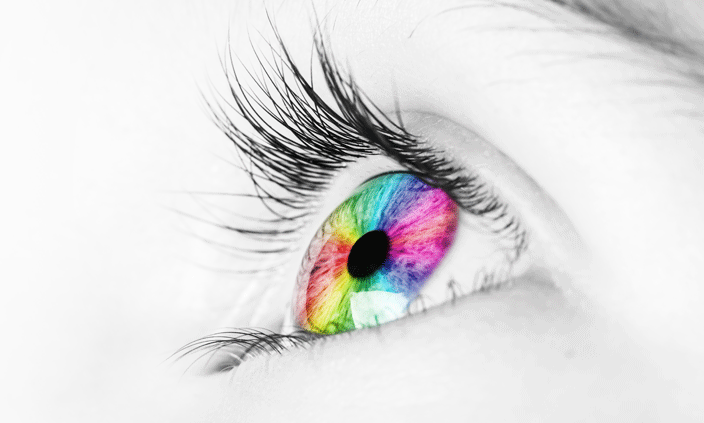 ChildVision – Looking to the Future

ChildVision is Ireland’s only dedicated centre for children with sight loss, some of whom also have profound sensory impairments and additional disabilities. They provide educational services, clinical services such as occupational therapy, speech therapy and physiotherapy.

How did The City Bin Co. help?

What results have ChildVision seen so far?

*COVID affected this school so there were 14 tonnes less produced in total versus 2019 but their recycling habits had improved from year 1, 2019.

And if you would like more information on the Zero Project, please contact Gary McGrane, The City Bin Co. email gary.mcgrane@citybin.com 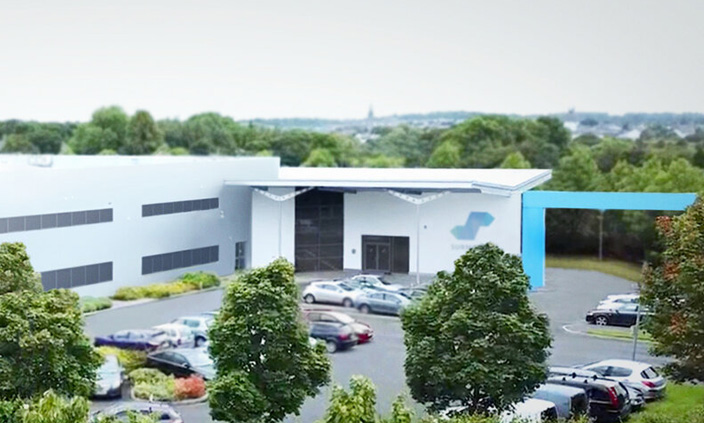 Surmodics, a leading medical device company based in Ballinasloe, started their sustainability journey with The City Bin Co. in February 2021. Surmodics identified the need to increase recycling rates and their sustainability efforts, whilst reducing costs, and therefore kickstarted The Zero Project. 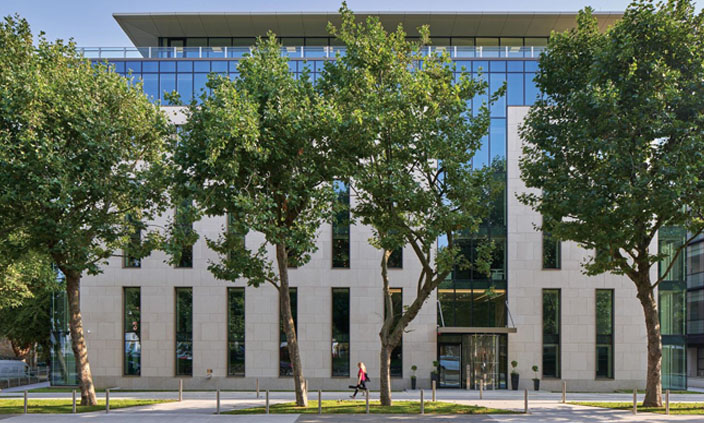 This site is a newbuild and currently has 2 active tenants: Amryt Pharmaceuticals and Ellucian. 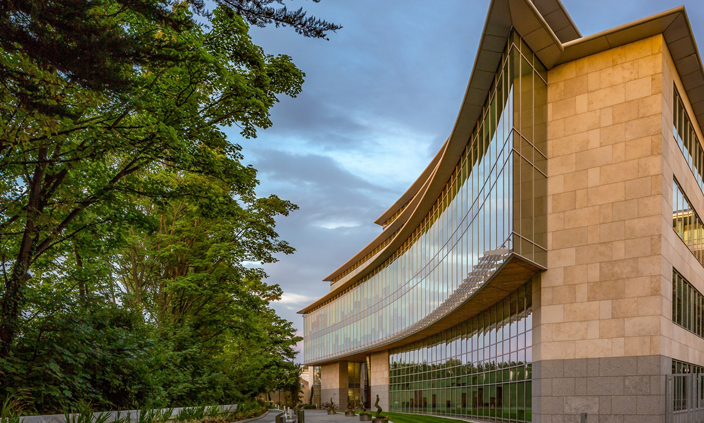 The Oval is one of about 12 sites that The City Bin Co. and Knight Frank are working on specifically with regard to waste management. The site is owned by Patrizia AG and managed by Knight Frank. The estate manager on behalf of Knight Frank is Ciaran McDonnell.

In August 2020, The City Bin Co. began working as The Oval’s sustainability partner making changes to The Oval’s waste management system to increase recycling rates, whilst making cost savings at the same time. We agreed the Zero Waste roadmap to success with The Oval team. The Zero Waste plan has been successfully implemented, and currently, the site has seen an 84% reduction in weekly general waste. 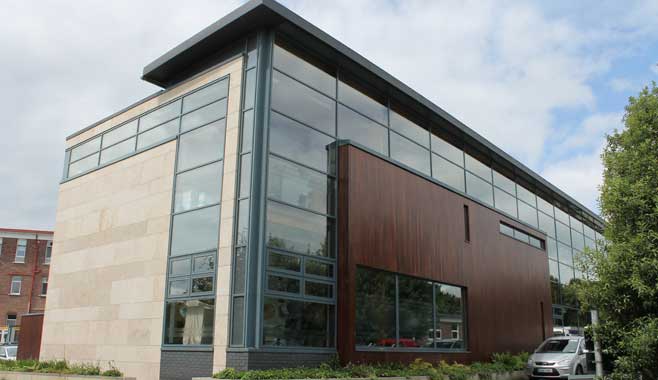 In 2014, The City Bin Co. won the opportunity to handle all non-hazardous waste. In working with the head of facilities, Thomas Leonard, we demonstrated cost savings from the start by introducing regular training sessions with the team. In late 2015 we looked at how to make more changes to improve the service while at the same time making savings.

We discussed the Zero Project and agreed that this could be completed if we took it to the catering division of the hospital. We started discussions with head Chef Harry Van Wegen and team manager Teresa Quinn. The project was simple…”How do we segregate the waste in the canteen/catering division in order to divert any potential general waste from landfill”.

We examined the process and met the team. There are 6 kitchens at the hospital. One main kitchen and five food holding areas. We noticed that even though meals were being ordered by patients early in the day they weren’t been eaten, because doctors were putting them on fast notices prior to operations. We recognised that about 100 meals a day in the form of breakfast, lunch, and tea were being wasted.

Today the hospital is wasting less food while serving the same amount of patients and diverting all of this catering waste from landfills. 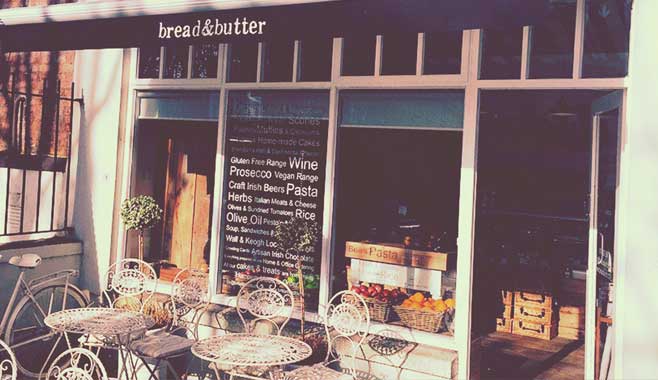 Bread and Butter is a first Gourmet Food Market located in Drumcondra, Dublin 9 and is owned by the same small team behind The Lovely Food Company restaurants. They have teamed up with some of the best independent Irish food producers as well as some well-known brands to bring the very best in food produce to Drumcondra.

The City Bin Co. were awarded the waste collection contract from Paul Breen (company director) in September 2015. Paul is quite passionate about the environment and wanted to work with a company that would mind his spend on waste while diverting waste from landfill.

We spoke with Paul and his team and recognised that all of his waste was indeed going into one general waste bin. We examined this waste and found that all tea bags, coffee grinds, blue roll and vegetable preparation could actually go into an organic bin. This left all of the packaging dry and by default able to be recycled. We provided colour coded bins for organic and recycling waste and today the 2 x 1100 litre bins a week of general waste that they had is now either in an organic bin or recycling bin. 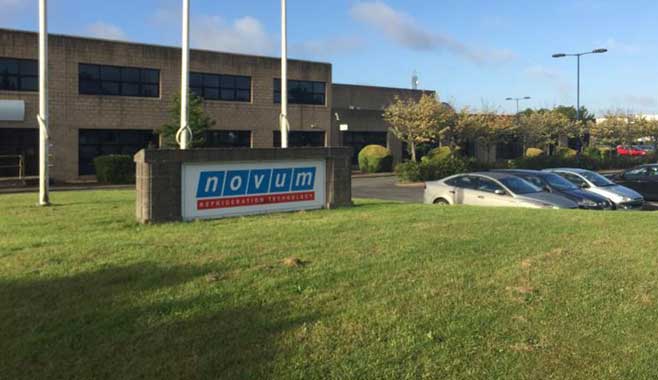 Novum puts the freeze on their waste spend

Novum based in Clonshaugh Industrial Estate Dublin 17 was set up in 1955 to make washing machines for the European market. Since then the company has grown from strength to strength and in 2012 Novum patented Frost Free technology was developed and introduced to the market. This revolutionary technology means no ice build up inside the cabinet, quicker defrosting, better product temperatures, and more money in your pocket.

The company was approached last year by The City Bin Co. with a view to looking at its waste and diverting all of this from landfill. Under the Instruction of Paul Murphy General Manager and Gavin King Environmental Officer we agreed a way forward. The concept was simple. They wanted to eliminate the general waste stream from the process while training their team in best business practice regarding recycling.

The process in achieving zero waste to landfill was to swop the compactor on site for out FEL skips as we recognised all of this so-called waste was actually recyclable. This compactor was going straight to landfill, however we were sorting all waste that was put into our FEL.

We also introduced a weekly collection of baled cardboard and plastic. All of this waste was being compacted and sent to landfill. Inside the premises we introduced 1100 litre mixed dry recycling bins for all of the individual workstations and again all of this waste is now being recycled. The goal of zero waste to landfill was realised this year and now the company that had been sending tonnes of waste per month to landfill is diverting this product into recycling, in the form of baled cardboard and plastic, FEL large recycling (boxes and plastics) and 1100 litre mixed recycling bins for smaller recycling items.

Now, all the general waste that have been diverted from landfill have made a saving back onto the company’s bottom line. 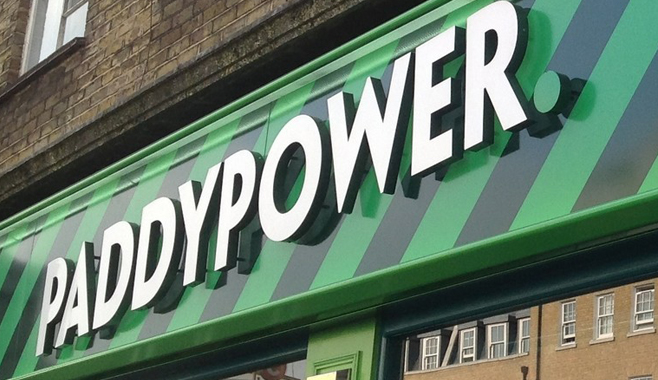 Paddy Power is an Irish bookmaker. Offline and in stores it conducts business through a chain of licensed betting shops in Ireland and the United Kingdom, and by operating Ireland’s largest telephone betting service.

The City Bin Co. won the contract to handle its waste in November 2014. In sitting down with Head of Facility Management for the Paddy Power Group (Philip Devlin) we recognised that the subcontractor network being used was costing a lot of money. We also recognised that the waste was being presented in black sacks and this was labeled general waste. The City Bin Co. invested in its very own truck for collecting this waste across various locations. We encouraged the company to start using clear bags as the product being disposed of was paper and not general waste. We offered their stores a tailored collection service to divert ALL of this waste through our truck collection service away from landfill.

The net result here was that the time invested by both companies in explaining how to present this waste to us and the timings of the waste collection gave the cost-saving. They were no longer experiencing a service where collection days were irregular and waste was being left outside getting wet or contaminated.