Ballymakenny College: an A+ in Sustainability

BALLYMAKENNY COLLEGE is a secondary school located in Drogheda County Louth. Since opening in 2014 the school has grown from a student body of 63 students and 9 staff to over 920 students and over 90 staff members with its main driving force being Principal Alan Mynes. We caught up with the Environmental Team in advance of Earth Day… 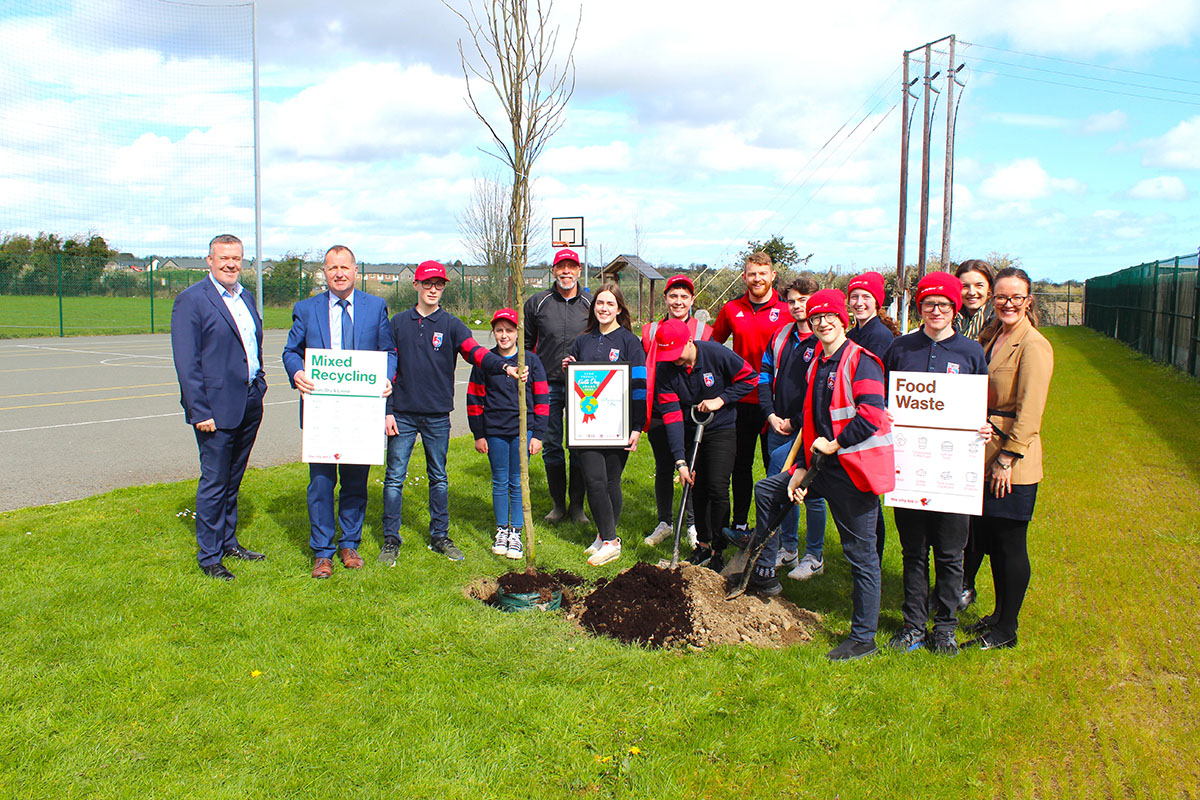 Why start on this sustainability journey?

The journey has been ongoing and has been consistent in its expectations across learning excellence and Innovation.

Who was involved in setting up & driving the project?

The City Bin Co. were invited this year to start handling waste onsite. The school now has general waste, recycling and organic bins to handle all waste.

What was done & by whom?

Initially Peter Kermath, the school’s Caretaker met with John Farrell to facilitate the changeover to The City Bin Co.