Find A Way, Not An Excuse

‘It’s all about showing up every day. Show up and do everything you can to win’.

What do you do when you want to learn real-life hacks that can give you a powerful and positive mindset in life, work, projects, goals, or any situation that you find yourself in? Why not take a look at some world champions who are focused on winning and achieving their dreams?

Brendan Doyle is a great example of somebody who is determined and resourceful. During the Covid-19 lockdown, he used what was around him to replicate his local gym while training for a competition in a sport called Skeleton. This is a very interesting sport where Brendan races down an ice track head first and hitting speeds of over 145kph. Brendan has competed at World Championships and European Championships and is focused on qualifying for the 2022 Winter Olympics. Brendan came across my radar when he shared a tweet with an image showing how he was using his wheelie bins from The City Bin Co. as a support prop while weight lifting. 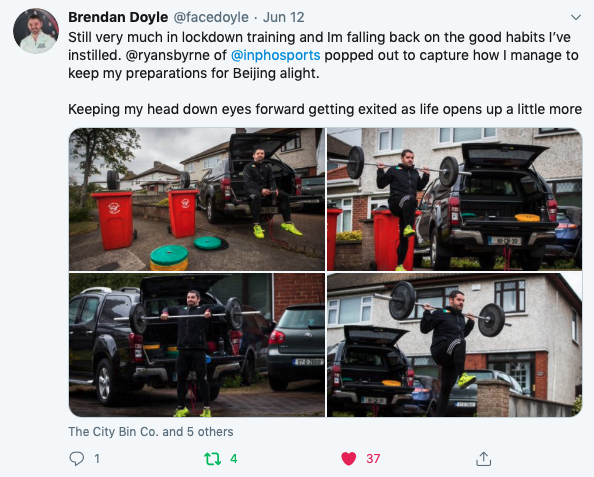 A tweet showing Brendan training outside his home using the bins!

I reached out to Brendan to find out about the sport and what are the things that keep him focused.

Brendan shared three tips with me that can be applied to any task, dream, or situation.

Brendan said he always focused on what he has to do today. He has his big picture goal. He knows what he needs to do to achieve it and focuses only on the present moment.  When his gym closed he had to get creative and use what he could. So, he uses everything from wheelie bins, the wall, and the car to mimic movements he would practice in the gym.

Another World Champion is The City Bin Co.’s own Gary Manogue. Gary is a two-time Super Welterweight Kickboxing Champion, and he shares a similar outlook to Brendan. He focuses on the task at hand, one which can change the results for the better. Gary prepared for his World Championship fights with a fitness regime that involved an eight kilometre run every morning, a work-out in the gym every evening, and in between, he was working for The City Bin Co. He said this gave him an edge over his competitors as working on the bin truck is a very physical job, from pulling and pushing bins to lifting bags and throwing them in the back of the bin lorry. 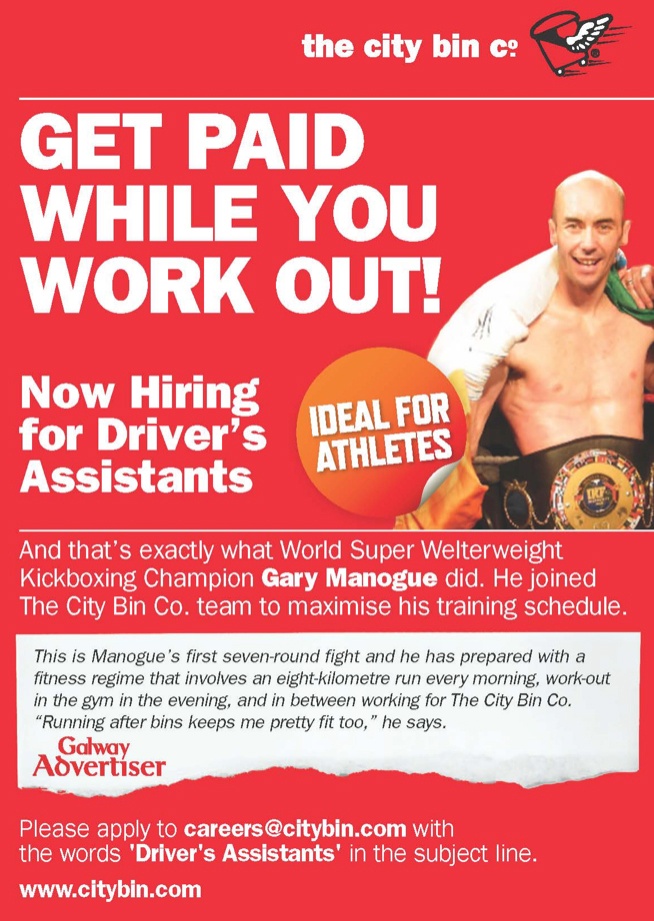 As with Brendan, Gary turned his dream into reality by hard work, determination, and being in the present to get the task done. When I asked Gary for a takeaway tip for winning, he replied, ‘It’s all about showing up every day. Show up and do everything you can to win’.