They say there’s money in rubbish! Well, there certainly was on a Friday back in July 2004.

While collecting from Galway’s commercial sector, The City Bin Co. crew picked up from an anonymous bank a little earlier than usual. Shortly after they clocked off for the day the phone rang and the bank said some money had been thrown out by accident. It transpired the bank had mistakenly put €18,000 into a bin bag which had already been collected. Within no time The City Bin Co.’s crew began a frantic four-hour search rooting through the rubbish before they found the large sum of money neatly tied into cash bundles.

Their efforts finally paid off, and the money was found and returned to the bank. To this day the finer points remain a mystery. The nameless bank remained tight-lipped about the embarrassing slip, and the branch manager claimed “human error”. Conspiracy theories abounded, however!

It was not the first time The City Bin Co. had to mount an emergency operation to recover valuable goods. Three years earlier a precious set of Claddagh rings especially commissioned and worth €6,000 was saved several minutes before they were to be compacted.

Twitter could have communicated the news of the missing rings faster to the company then the string of phone calls, headaches and panic attacks. In both cases, there was a positive result and both stories became news items.

Although each story made headlines, I believe there would have been completely different reactions if they happened today. Twitter would have equipped each story with legs and they’d have snowballed within a quarter of an hour. The ring saga would have gone viral and created a good news buzz for all affected parties. Social media has moved the power from the journalist to the public and from the companies to the customers. Today’s stories are tweeted in real-time and the public decides what’s worth tweeting and reposting.  The bank involved in the missing money drama would have been better served owning the story from the outset, tweeting the “human error” element, and likely avoiding any conspiracy theories altogether. 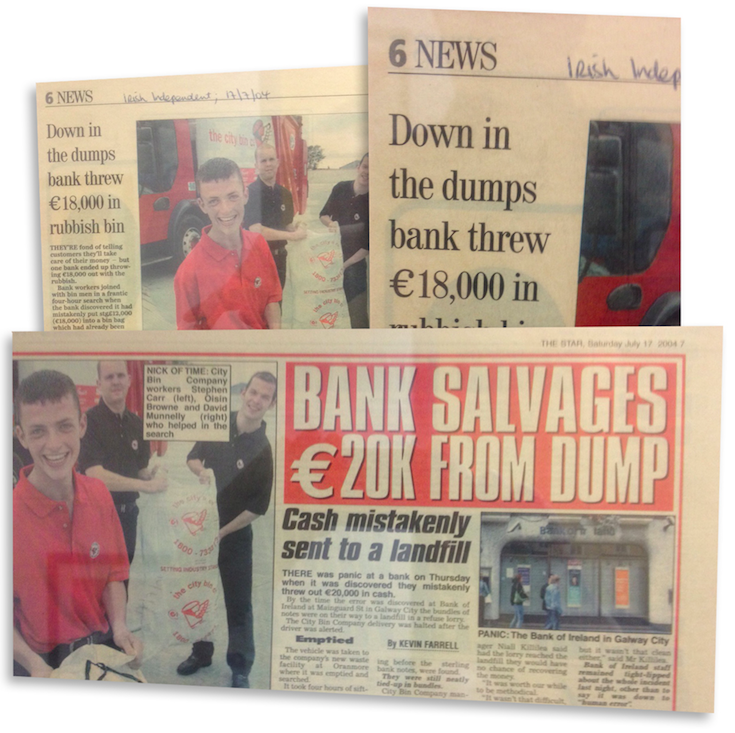