The Hidden Health Benefits Of Being A Bin Man!

"Whether your job involves collecting waste from a home or business, you know that you're providing an essential service to society. The fact that you are getting fit and strong while doing it is a bonus! "

What are the hidden health benefits of being a bin man? Oisin Browne remembers his time on the back of the truck & discusses the positive aspects of the job.

It’s been 20 years since I worked on the back of a bin truck, collecting bins and bags across Galway City. I had this role from 1998 until 2003. When I think back, it was probably one of the most rewarding jobs I have had in my career. It’s true.

This week, I got to speak to Steve Kearney who is currently working with the bin collection crew on the commercial waste route for The City Bin Co. in Dublin. This was a surreal conversation where a bin-man from the past meets his future counterpart. In two decades, a lot has changed in the role, but the benefits for the crew together with their pride are still there, only now more visible.  There is technology, traceability, waste segregation, safety standards and a drive to divert waste from the landfill that did not exist 20 years ago. Many people might only see the disadvantages when they think of working as part of the waste collection crew who go out everyday collecting over ten tonnes of waste and recycling bins from our homes and businesses. While the drawbacks of collecting waste are apparent e.g. hard physical work and early starts, many who work in this position see these as advantages.

While I didn’t have the technology to articulate the rewards when I did the job, one conversation with Steve confirmed the positives of the role and why this is one of the best jobs in the world! 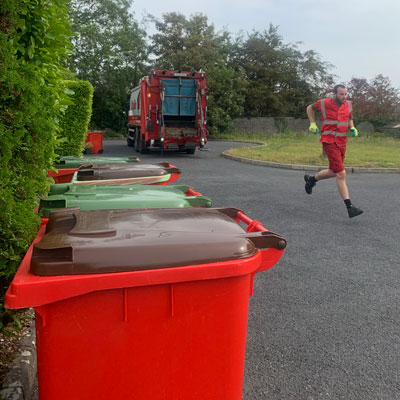 Busy getting the #JobDone 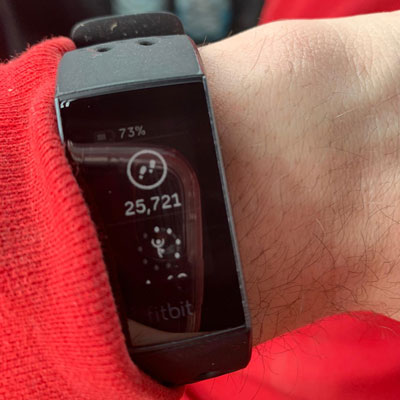 All in a day’s work!

Fitness is a side effect of working on a bin truck. In my time in the role, I was super fit, not because I went to the gym or was playing sport. It was because I was moving every minute of the day – running after the truck, pushing bins and lifting bags into the hopper ( Bin-man lingo for the space at the back of the truck where the waste goes!). We didn’t take our time. We went at a super-fast pace as we knew that the sooner we collected everything, the sooner we finished! Speaking to Steve he could actually put a number on the fitness side as he and his colleague, Paul, have been wearing a Fitbit for the past six months. Steve remarked that for him, ‘it was like a paid workout’ as, on an average day, he and Paul would run and walk 21 kilometres, completing an average of 28,000 steps and burning 3,900 calories! Steve and Paul are more than just waste collectors, they are athletes! Tracking your steps creates competitiveness and motivation with the crew measuring one day against the next.  On top of the fitness benefits, bin collection crew are out in the fresh air, in all kinds of weather, which strengthens their immune system. I mentioned to Steve that, in all my time working on the bin truck, I never got a cold or flu. He said it is the same for him. Waste collectors spend their days outside, as opposed to in stuffy offices all day long!

Geographic knowledge is a perk of the job.  When I started working in Galway, we would find ourselves driving from one side of the city to the other; covering every corner, in and out of every side street and back ally. Within weeks, I would come to know my own city like the back of my hand. Steve, who is originally from Dundalk said it was the same for him. Before starting with The City Bin Co. four years ago he didn’t know Dublin at all. Now, if he is asked to go to any place in Dublin city he is confident he would not need a Sat Nav. Waste collectors would make great taxi drivers!

Getting up early every day to hit the road at 5am you get to see the sunrise and see the day start for others. There is a pride in getting the city cleaned before people start to begin their day. You get to see young kids on their way to school who get excited about big bin trucks and just want to hear the loud horn being honked. A friendly wave to the kids puts a perk in everybody’s step. Being up early and actively moving in and out of a big truck gives a high sensory awareness for the safety of the crew, moving traffic and people going about their daily routine.

Having half your day completed before others have even begun their working day tends to put a cheeky smile on one’s face knowing that there is a truth to the phrase, ‘The early bird catches the worm’. Getting up and starting early means finishing early and getting home before the heavy traffic to enjoy some hobbies and time with the family.

Whether your job involves collecting waste from a home or business, you know that you’re providing an essential service to society. The fact that you are getting fit and strong while doing it is a bonus! While office workers often find it tough to get their daily exercise, the waste collection crews can sit down after their hard day’s work and watch their favourite Netflix series without guilt, knowing they just completed a half marathon and cleaned up the city! And about the smell? You really get used to it! when you enjoy the workplace and the comradeship with your work colleagues you are motivated to be there and get the job done! 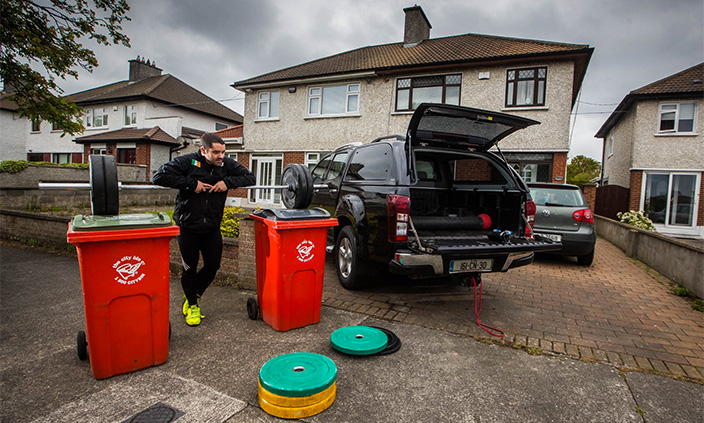 Find A Way, Not An Excuse